As artichokes make their springtime debut, I would like to share a life-changing tip with you.  Or at least a tip that will save you half an hour every time you steam artichokes.

I don’t know that I have properly thanked the friend who serves these artichokes at his house (just casually, as if they’re not miraculous) for bringing them into my life.  I should.  Because here’s the ray-of-light epiphany he helped me to see: You don’t have to steam artichokes whole.  You can cut them first.  They cook faster.

So, ok, this may have occurred to you already.  But it had not occurred to me.  Ever.  And I am giddy with the newfound ability to serve artichokes for dinner on a whim.

You do have the cut them first, and you could trim the outer leaves or drop them into lemon water or whatever you want to make them pretty.  But all you really HAVE to do is scoop out the furry choke with a spoon, like so: 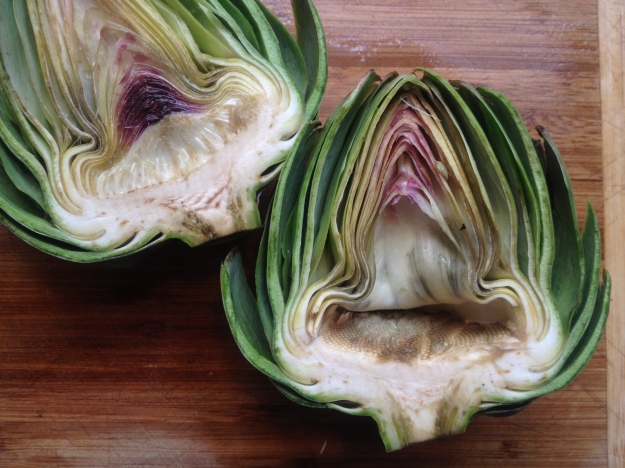 And then chop each half into quarters (so each artichoke is cut into eighths in the end), steam them for 20-30 minutes, depending on their size, and serve them with my friend’s special secret sauces. 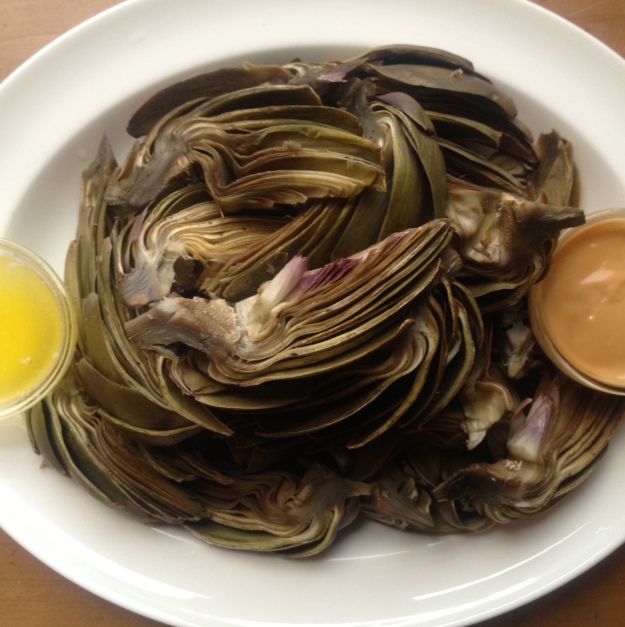 Steamed Artichokes: Halve artichokes and scoop out chokes.  Cut each half into quarters.  Steam for 20-30 minutes.  Meanwhile, make special secret sauces by melting butter in a small bowl.  In a second small bowl, mix mayonnaise with soy sauce to taste.  That’s all.

26 thoughts on “How to Steam Artichokes, or, Steamed Artichokes with Two Perfect Sauces”